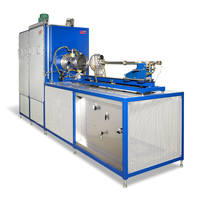 AET-Technologies chose COPA-DATA and the straton product for a fast programming of automation applications under the IEC61131-3 standard.

The use of the straton Integrated Development Environment allowed the AET-Technnologies engineering team to quickly produce applications on WAGO’s Ethernet controllers.

Pierre Bonnard was in charge of the project at AET-Technologies. He said:

” Working with straton was very easy; programming is intuitive and the communication with peripherals is really simple to implement.

straton allowed us to create our own control algorithms without the need for numerous devices.

The creation of functions blocks allowed us to integrate our knowhow, allowing us to easily reuse fragments of programs and to save valuable hours of programming.

We use many diverse products in our applications, all of which support straton (PC, AIM, WAGO, ICP DAS). Using stratonÂ® allows us to maintain long-term support throughout the evolution of our machines. ”

The flexibility of development of the straton tools allows programmers to preserve and reuse their application knowledge (user functional blocks imported in libraries) and provides numerous features as:

AET Technologies has more than 30 years of experience in industrial electric furnaces.

Through the years, AET Technologies has widened its competences by developing its Know-How in different activities: micro-electronics, technical ceramics and with the acquisition of PCE in 1995, electronic.

The Research and development, production and after sales services are certified ISO 9001 2000’s version by the BVQI. ¨The company has also all the necessary accreditations to meet the requirements of nuclear, aeronautic, aerospace and automobile industries

Modular and flexible automation software, specialized in the fields of Industry and automation control

Subscribe to our quarterly newsletter so you don't miss any news!